Punctuality runs in my family. My father is known to get to the airport four hours in advance to insure not missing a flight. And so, I was not surprised last Saturday when my parents arrived at the restaurant fifteen minutes before we were supposed to meet. But thank goodness for their punctuality because the line into Mamak, a Malaysian restaurant in downtown Sydney, was around the corner.We celebrated my parents’ last night in Australia with one of the most fabulous meals I have ever eaten. And yes, I take into consideration that I have been blessed to have eaten at many spectacular restaurants in my lifetime.  I was starving, and waiting in line only made me whine more. Fortunately, I was entertained and distracted from my hunger pangs by the chefs preparing roti at the window.

After waiting about thirty minutes, we were seated at one of the cramped tables in the noisy, busy restaurant. We uncorked our BYO bottle of wine and studied the menu, which had everything from roti to curries to shaved ice. Despite the slow, uncoordinated service, we enjoyed discussing the menu and finally deciding upon our order. We ordered what we thought was an appetizer, chicken satay, though it was the vegetable curry that arrived at our table first. There was no precise timing to our dishes, but that was quite all right; everything tasted delicious and we wholeheartedly enjoyed each dish, appetizer or not. A fiery shrimp sambal dish arrived soon after: 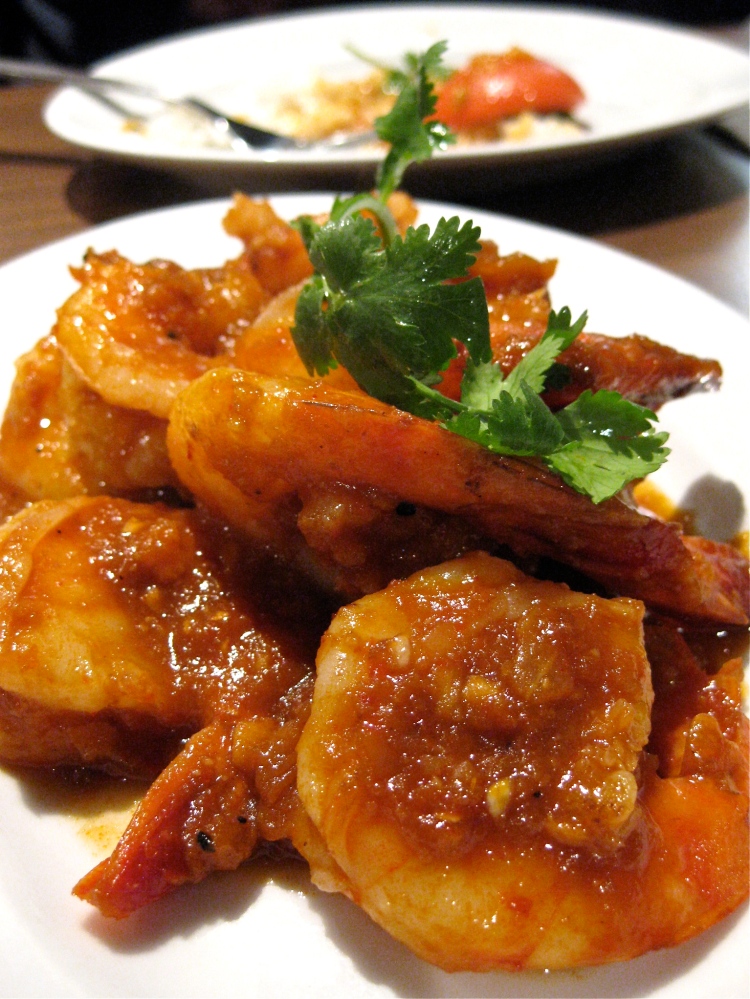 We ordered two rotis, one which was the traditional roti with a crunchy exterior and warm fluffy interior. The other was the buttery roti: 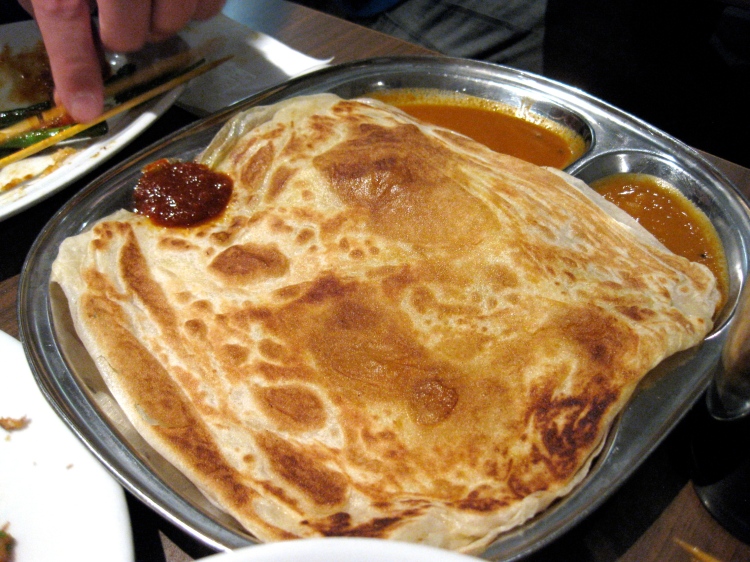 We cleaned up well.

But still wanted dessert. My dad ordered a shave ice with coconut milk and noodles. This was surprising. Think slushy but with sweetened milk and coconut. 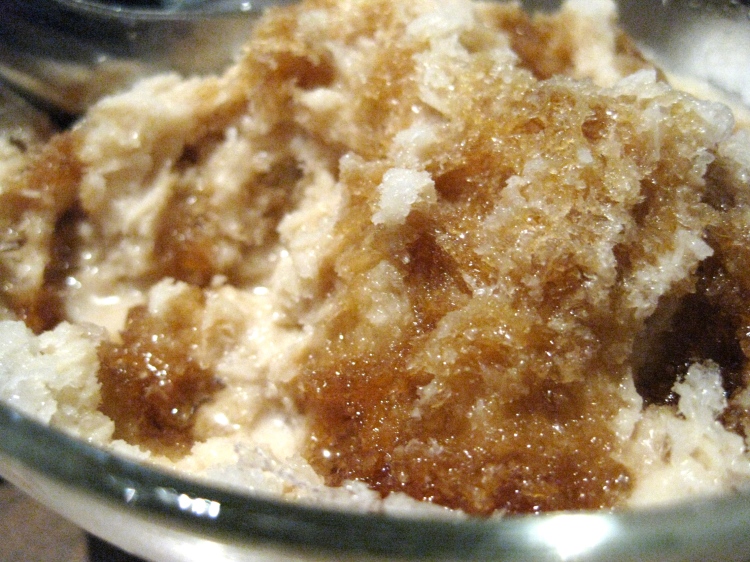 My mom ordered a banana roti with ice cream, which was delicious. This was my first taste of banana in such a long time because of the high banana prices. My boyfriend and I shared a sweet and salty roti “tower” which was thin, crispy, light, and more importantly, tantalizingly yummy.

And this is another case of “follow-the-line, it-must-be-good” syndrome that we faced before with the Emperor Cream Puffs. Yet this time, the line did not lead to some touristy locale, or unknown dessert food, but instead to one of the most memorable dinners. I’m grateful that my parents dealt with my whining and hunger complaints, and persevered by standing in the line. The wait, both outside and inside for the food, was worth it.