I just returned from San Francisco, a city that makes it very easy to gain five pounds from eating delicious foods and then torturously makes you burn it off by walking its steep hills. One such delicious food is Bi-Rite‘s ice cream. But that’s an obvious answer.

A turn off of busy, food-laden Valencia Street will bring you to Esperpento, a cozy tapas place.

The Gambas Al Ajillo are tasty, full of garlic and white wine. But, surprisingly, my favorite dish was the Asparagus A La Plancha. With just a sprinkle of sea salt and a squirt of lemon juice, this simple dish stole the show. 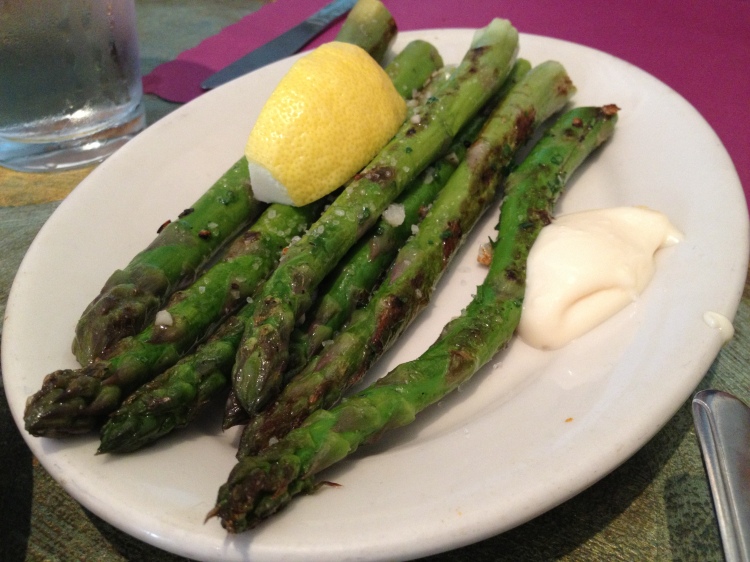 Other things I learned on my trip:

Dining al fresco is the best kind of dining, particularly when wine, cheese, and local blueberries are involved ;

Earth Balance Coconut and Peanut Spread is dangerously good (and even better when spread on slices of banana); 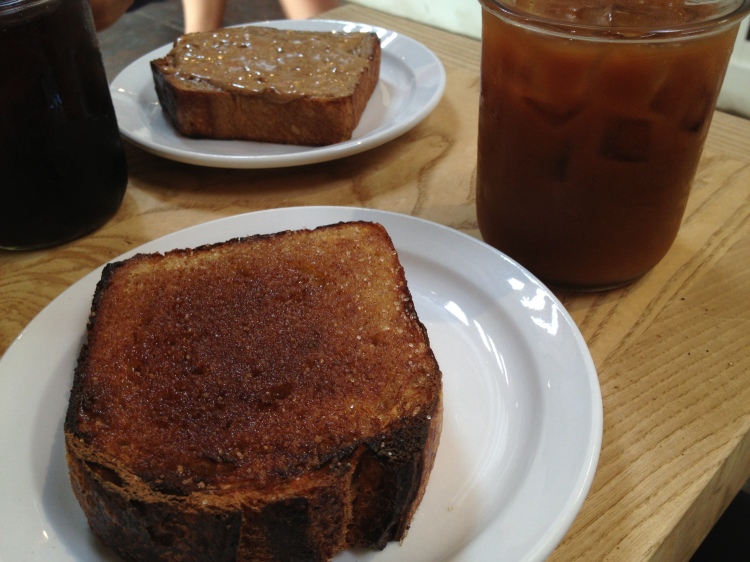 The Mill, a new venture formed by Four Barrel Coffee and Josey Baker Bread which was recently mentioned in Food+Wine, is fabulously simple with its thick slices of bread topped with favorite spreads like butter and cinnamon sugar.

If I can say anything at all, I know I ate well while in San Francisco.